The MUVIT Wine Museum was conceived and created by Giorgio and Maria Grazia Lungarotti, it was opened to the public in 1974 and is managed by the Lungarotti Foundation. The museum is located in Torgiano, in the pars agricola of the monumental Graziani-Baglioni palace, a patrician 17th century summer residence.

The museum was conceived in support of the international wine economy, with a predominant interest aimed at the dialogue between the vine and decorative arts – ever present and organised in collections – which makes it to all effects an interdisciplinary museum. The museum’s itinerary develops along twenty rooms, it presents more than 3,000 artifacts arranged on the basis of thematic principles and exhibited according to contemporary museological criteria of great scientific rigour (see the path section).

These include archaeological finds (Cycladic jugs and Hittite vases; Greek, Etruscan and Roman ceramics; glass and bronzes), tools and technical equipment for viticulture and winemaking, ceramic wine containers of the Middle Ages, Renaissance, Baroque ages as well as contemporary, engravings and drawings from the 15th to the 20th century, scholarly editions on viticulture and oenology texts, goldsmith art, textiles and other testimonies of decorative arts, all of which contribute to document the importance of wine in the collective imagination of the peoples who have lived, over the millennia, around the Mediterranean and in continental Europe.

Starting from the ancient world, vines and wine, supporting elements in the agricultural economy of those peoples, have alternated purely economic and religious meanings with profane ones. From the most remote times until today, their recurring presence in the arts and crafts is constant in form and decor. The individual collections  on display at the museum propose the wine and the Dionysian theme as threads; following these allows decyphering the historical events of which the single objects become the expression.

Themes and Collections of MUVIT 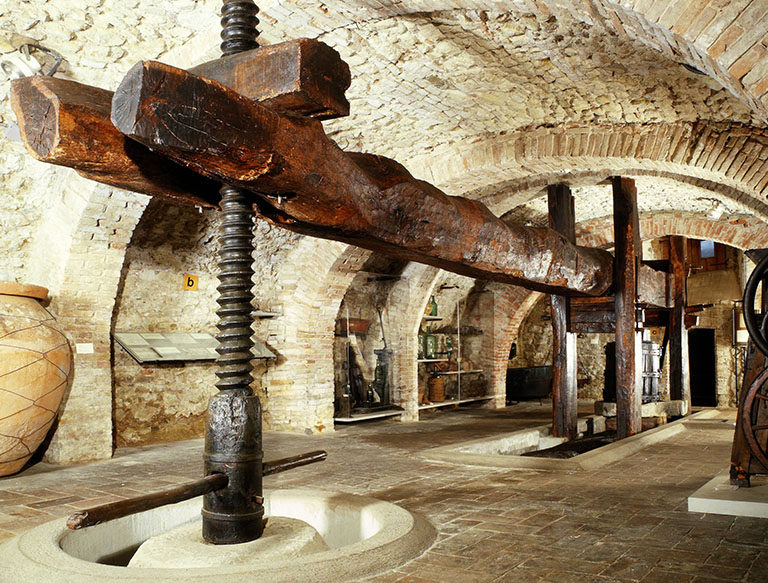 The description of the yearly wine cycle begins observing the two elements that most characterise the Umbrian agricultural landscape: the dispersed habitat and the vine “married” to a tree; the latter is common both with trees that are dispersed or arranged in rows. READ MORE 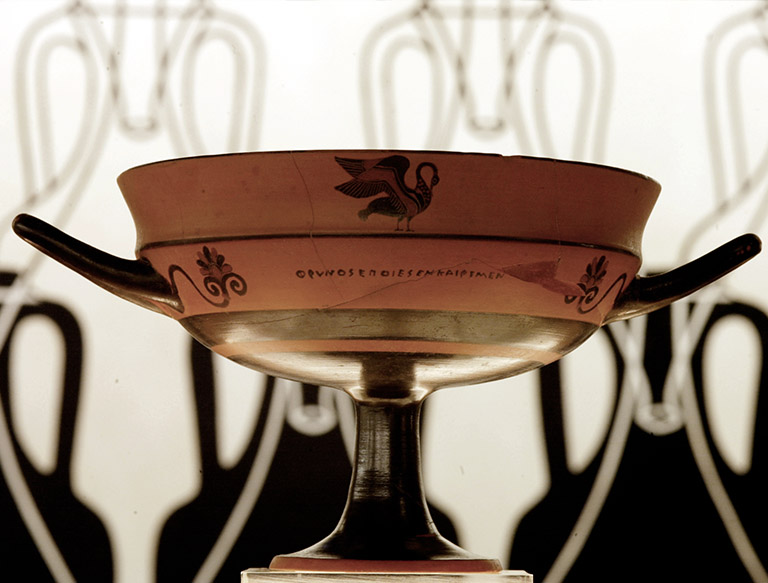 WINE AND THE ANCIENT WORLD

The visitor who is just about to enter room I, is immediately enthralled by the wall-size graphic representation of the section of a load of amphorae, with wine ones at the base; this suddenly transports the viewer in the “Mediterranean of trade” that was dear to Braudel. READ MORE 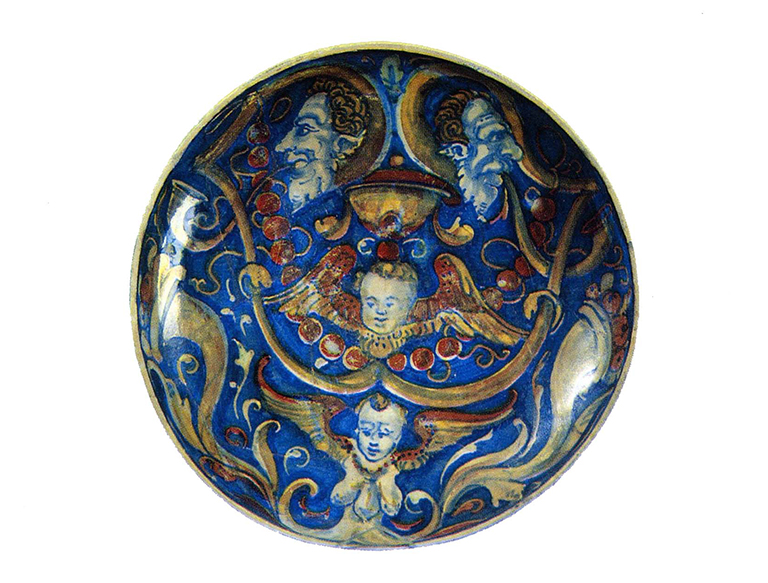 Grapevine and wine are among the subjects that best lend themselves to symbolism, both sacred and profane. The room opens with a reminder of the Christianisation of Dionysian myths: wine – pharmakon – becomes the blood of Christ. READ MORE 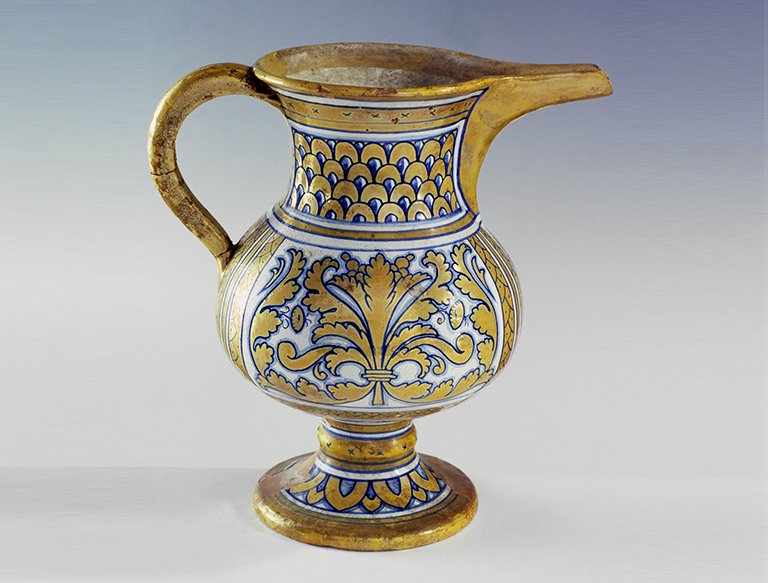 GRAPEVINE, WINE AND THE ARTS DEPENDING ON FIRE

Among the decorative arts present at the museum are ceramics, glass and iron; the name “arts depending on fire” plays its part. In room I the archaeological itinerary – extended to the micro-Asian area – ended with the late Roman period. READ MORE 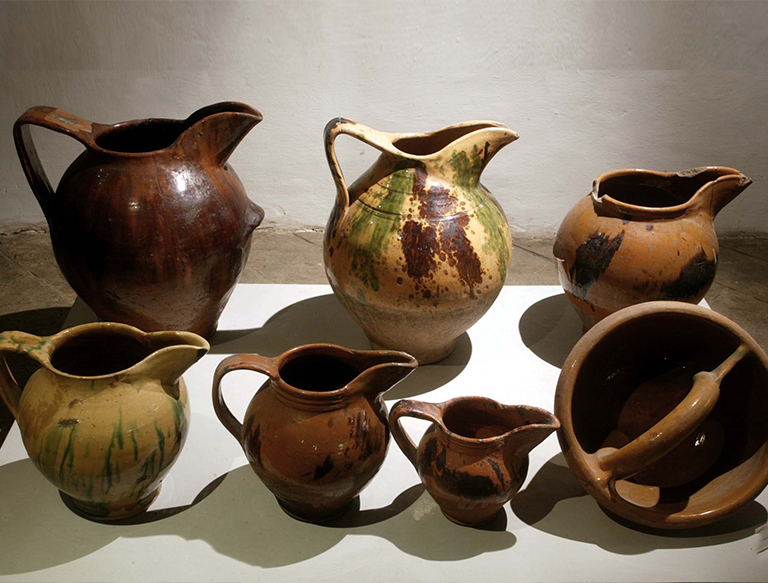 A due reference to the blossoming of crafts connected to wine is presented in rooms V, VII-X: from coopers to blacksmiths, from basket weavers to rope makers, from embroiderers to potters. READ MORE 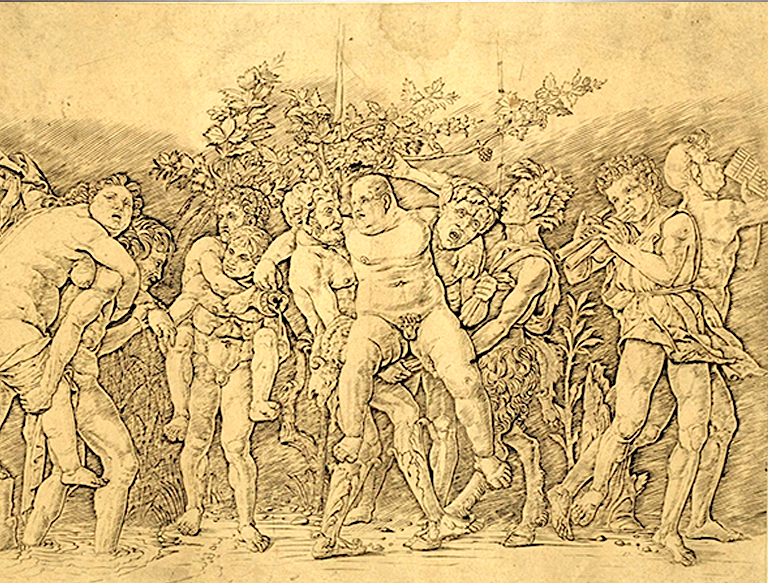 The collection includes over 600 sheets, from the15th to the 20th century between engravings and drawings. The exhibition opens with the Bacchanal with vat by Andrea Mantegna and then explores the derivatives from sculptures of the classical world, dwelling on the Renaissance and Mannerism to then reach the present days. READ MORE 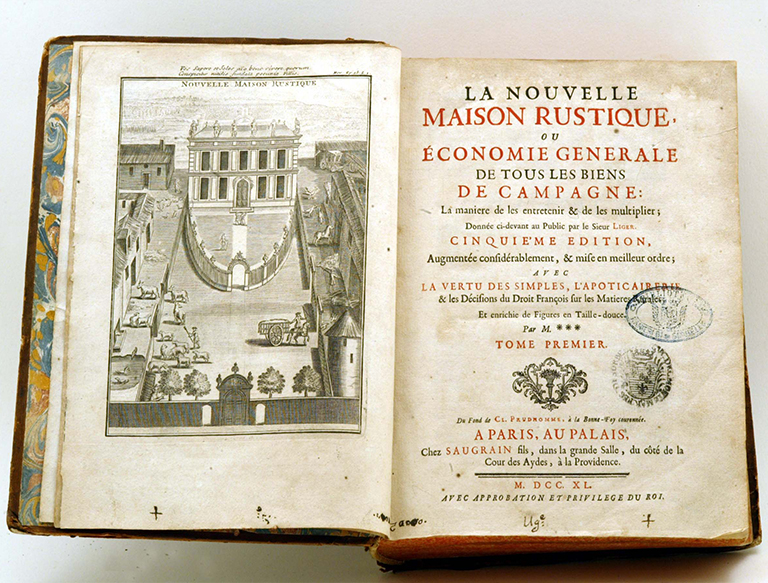 Room XIX contains essays, literature, scientific publications, sacred and profane works, both courtly and popular, these include Holy Scriptures, works by authors among the most representative of the classical, medieval and modern age, proverbs and almanacs. READ MORE